9 Belizean Foods Even the Pickiest Eaters Will Love

Traveling with children is always an adventure, but if your child is typically a picky eater, the adventure can go from enjoyable to stressful very quickly. The travel community often cites Italy as a great destination for those worried about their picky eater, but Belize was a surprisingly easy destination to visit with my 10 year old, Bailey, who typically avoids anything spicy and everything green.

There is definitely truth to the sentiment that Italian food is like no other, but I would say the same about Belizean food as well. Italians are known to be extremely accommodating, and many kids are familiar with Italian-American cuisine. In contrast, I felt as though Belizeans were extremely accommodating and the blend of the Spanish, Belizean Kriol, and European cultures made the food seem both familiar and adventurous.

The variety of cultures influencing the region's cuisine made for an adventure around every turn. Part of the adventure was letting go of my assumptions that she would be picky. In fact, after the trip, I instilled a new rule that we have to try everything two times before deciding whether or not we like it. The trip to Belize was way easier than I could have imagined.

Here are 9 foods My Picky Eater Loved In Belize

Street food was everywhere, even rural areas. When we drove from the eastern coast of Belize to the Guatemalan border, several street food vendors were scattered along the roadsides. There were no McDonald's, no Taco Bells, and no WaWa's. It was one of those times where the kid was either going to have to try something new or go without. She chose not to go hungry.

She tried panades, which are similar in shape to the empanadas we are used to eating at home, but were very different in flavor and texture. I think the visual similarities encouraged her to take a chance. There wasn't any cheese in these panades, but the flavor of the corn dough, meat, and beans made them likable.

This has been a long-time favorite in our household. But we have never had it served the way it was made in Belize. Almost everything is cooked in coconut milk, which means there is an added flavor and sweetness to their dishes.

Bailey didn't question the rice and beans for a second. The sweet flavor was easy on her taste buds, and the high fiber content had her feeling satiated. It was a great staple meal throughout our trip. It was extremely affordable, too!

The familiar concept of a burrito had her at hello. She was hungry, tired, and the novelty of street food had her feeling adventurous. Burritos quickly became her favorite food while we were on San Pedro Island. We'd stop after a day swimming and snorkeling to have a burrito.

The flour tortillas are light and fluffy in Belize. They are not compressed like corn tortillas, but this makes them really good and they compliment the stuffing really well. Again, everything is cooked in coconut milk and enhances the flavors.

This was a cheap and fast option. Unlike the burritos, we didn't have to wait. When you have a busy day of activities lined up, a street vendor who sells tacos can be a life saver.

The tacos in Belize were a simple option. She had her choice between fish, chicken, or beef. She went with chicken or beef and often went without any toppings. They don't offer cheese and sour cream, which is usually a must for her. She didn't seem to mind.

This place gets its own category because there were so many options to choose from. Every time we needed a quick dinner, we'd stop here to see what they had to eat. The first day I ordered jerk chicken, Bailey got a chicken dinner with rice, beans, and potato salad. Turns out, she wanted to try what I had because hers was so good! The next time we went, she ordered jerk chicken, loved how spicy it was, and said she could eat here for the rest of her life.

The food from Aba Isieni is known as Belizean and can be found all over the country. So don't be afraid to try it somewhere else if you can't made it to San Pedro Island.

Every morning a street vendor with a bicycle and food cart delivered fresh-baked meat pies to San Pedro. The Belizean Kriol dish is considered a staple breakfast by many and is found throughout the whole country. We happily took part in this morning tradition.

The spices come together with the meat, beans, and peas, and the flaky pastry crust makes it a savory and filling breakfast. The meat pies we had weren't too spicy, but I don't think Bailey would have objected if they were. As the trip unfolded, she slowly became a more adventurous eater. It was no coincidence that this was partly due to me taking a step back and encouraging new things versus setting the expectation that the food may be spicy, or asking the chef qualifying questions like, "Is this spicy?"

One of the best things about being on San Pedro Island was a little bakery around the corner from our Airbnb – Casa Pan Dulce Bakery. Every day they baked fresh breads and coconut tarts. While bakes goods are familiar to us, these tasted unlike anything we'd ever had before. The cinnamon bread and coconut tarts were so good that it made a nice treat when we were looking to switch it up in the early mornings.

The good news is that there are several bakeries scattered throughout Belize, and finding one isn't too hard. But if you are in San Pedro, be sure to check out Casa Pan Dulce Bakery.

Belize is a wonderful destination for locally harvested fruit. The country is known to produce wonderfully rich fruits like mangos, papayas, and bananas. The CDC's website said we were safe to eat anything we peeled and washed ourselves, so we would give it a chance whenever we could. It was extremely affordable to stock up on fruit for the day, and there are plenty of local street vendors and groceries to choose from.

When all else failed, we ordered pizza. There were two or three times out of the 10 day vacation where she wanted something simple and she got it. The pizza is good and could be delivered all over the island. It provided a good option when we were too tired to go out or had a busy day of water activities.

It's important to note that travelers can't expect to have the same kind of pizza you are used to in the States. San Pedro is seeing a lot of development and tourism from all over the world, so it has several restaurants and eateries catering to American tastes, but the ingredients are either locally sourced or imported. Things are bound to be a little different, but that's a good thing right? 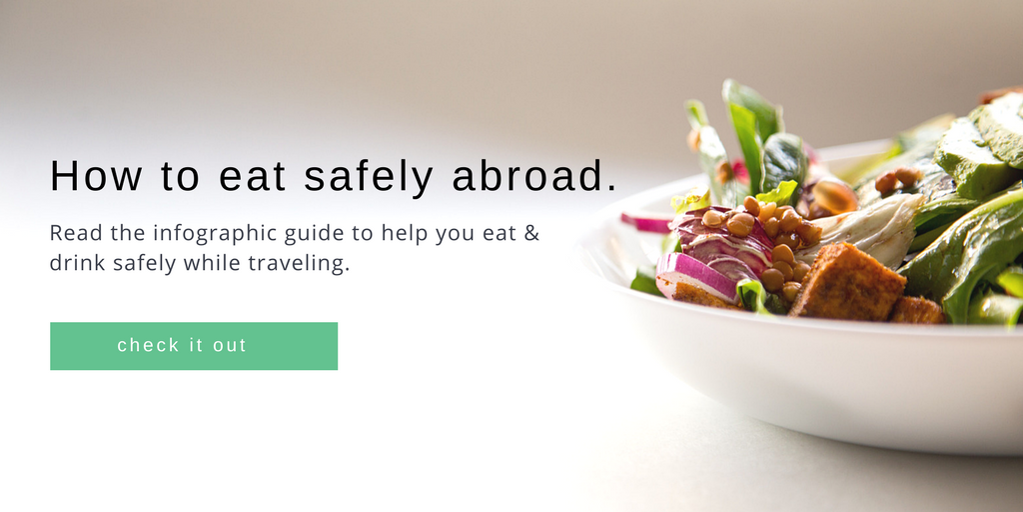